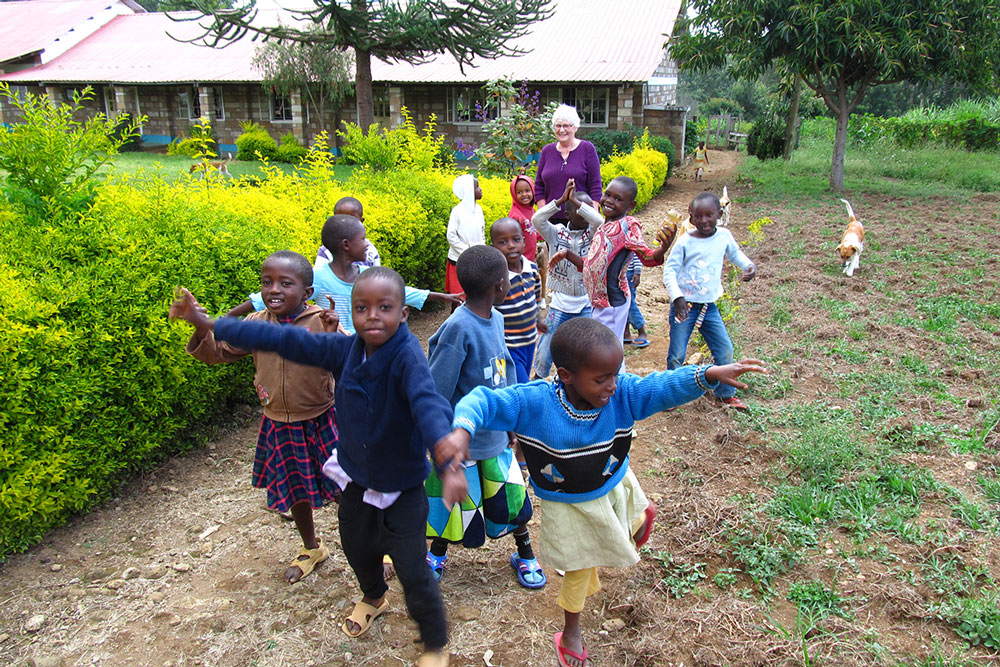 It is not easy to say how or what inspired me to start this project. I never imagined that it would take me to Kenya.

I was born in Europe of Italian parents who immigrated to Canada.  My early years were spent in Drumheller, Alberta and in 1964 I graduated from the Misericordia School of Nursing in Edmonton, Alberta.  In 1970 went to Indonesia on a Canadian Government funded program under Care Medico to retrain medical personnel in Central Java.

In year 2000 my husband passed away, leaving me with a dream and the means to get it started.

In 2002, I made plans to relocate from Singapore to Salt Spring Island, off the west coast of Canada. Before leaving Singapore, I set up a charitable foundation called Action For God’s Love. The purpose of the foundation was to help children in third world countries and am personally financially responsible for all projects through this foundation. It is exciting that we now have a registered Charity in Canada so contributors can receive a tax credit for their generous donation.

While living on Salt Spring, I kept in touch with Father Vincent Lee, a Singaporean priest, who had done retreats in Africa.  He wanted me to get involved in “hands-on” projects in Africa. One of the first projects was a large prayer center in Uganda, but mostly we built prayer houses in Meru Diocese at the invitation of Rt. Rev. Bishop Salesius Mugambi.

I can honestly say I fell in love with Kenya and its people, especially the children and wanted to start a home for girls as they seemed to be the most needy.

In 2006 the construction of Our Lady off Grace Children’s Home was begun in Marimba on land donated by the Catholic Diocese of Meru.  The home opened in 2007 with 9 girls and is able to accommodate up to 150+ girls and range from ages 2 – 13 years who are in very vulnerable situations.

There is also a school (Kindergarten to Class 8) that the girls attend and are doing very well. Apart from the basic needs such as food, clothes, education and security, the children also get the love they have not had before as well as spiritual guidance with daily prayers and frequent attendance at Church.

I thank God for giving me the chance to make a difference in the lives of these girls.

Any cookies that may not be particularly necessary for the website to function and is used specifically to collect user personal data via analytics, ads, other embedded contents are termed as non-necessary cookies. It is mandatory to procure user consent prior to running these cookies on your website.